Quiz: Are You Gandalf or Martha Stewart?

With the holiday season upon us, it's important to figure out your decorating style -- especially with all the pine cones falling on the ground for endless inspiration.

1. Why did you light that pine cone on fire?
A. To scare off orcs attacking in the forest
B. To add the perfect touch to a Christmas centerpiece

2. Neutral colors such as gray and white are perfect for...
A. Robes and pointy hats
B. Bed linens and towels

3. Why are you carving that driftwood?
A. For a distaff
B. For a fruit bowl

5. Who is your celebrity crush?
A. Cate Blanchett
B. Christian Bale

6. How many grandchildren do you have?
A. None, unless you count the Hobbits
B. Two

Nina Snyder is the author of "ABCs of Balls," a children's picture book that makes learning the alphabet fun for toddlers. Follow her on Twitter @nsnyder_writer.
Posted by Children's Book Author at 2:43 PM No comments:

Column: When Your Side Hustle Becomes a Side Hassle 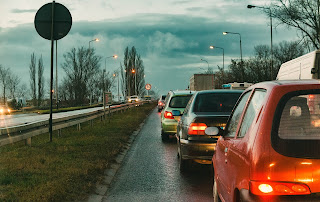 After four months of working for DoorDash, I have thrown in the towel on my side hustle. At some point, it became more of a hassle no matter how hard I hustled. The last day, I drove four hours for a grand total of $44, which works out to $11 per hour -- which happens to be even less than $11.10 an hour minimum wage in Colorado.

Once I factored in the mileage driven and taxes I would have to pay, it ended up being significantly less than minimum wage. I'm not sure who is making money from the gig economy, but it's not the gig workers. DoorDash's current pay model is to pay drivers $2 per delivery, but they charge both the diner and the restaurant for the privilege of delivery.

At some point, I hope DoorDash's model runs out of gas, but I'm afraid there are enough drivers who will give it a try for a couple of months to see if they can make any money. DoorDash is basically depending on a gullible crop of gig workers to do their leg work for less than minimum wage.

Perhaps someone out there has managed to make money at DoorDash or other delivery services. If so, let me know! I didn't drive late at night for safety reasons, but perhaps some hardy souls out there are scooping up the tips during the midnight hours. Somehow I doubt it, however.

Posted by Children's Book Author at 2:20 PM No comments: